[Closed] HOW GRANDPA BECAME A PT 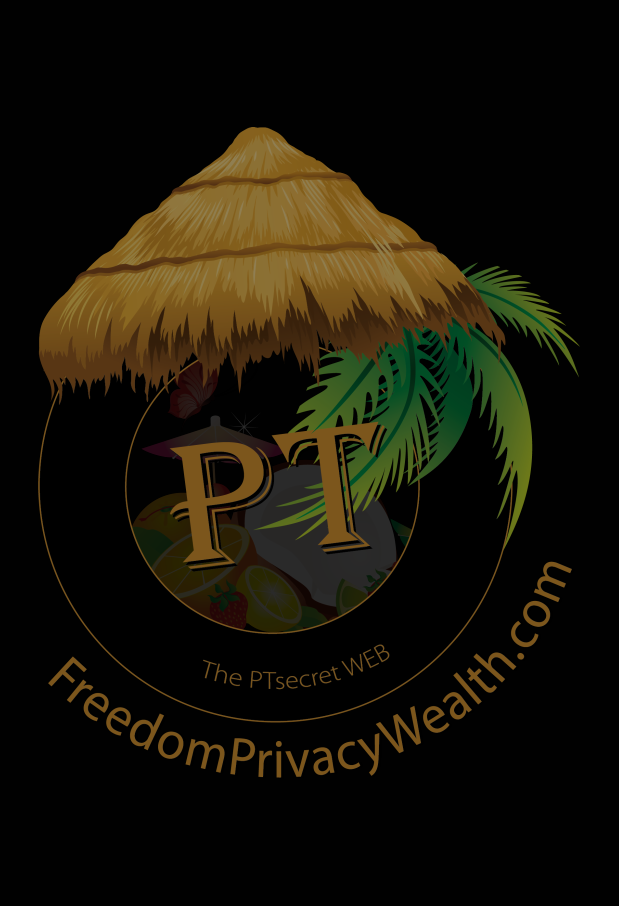 A PERMANENT TOURIST OR “PT”

How you can do it too! 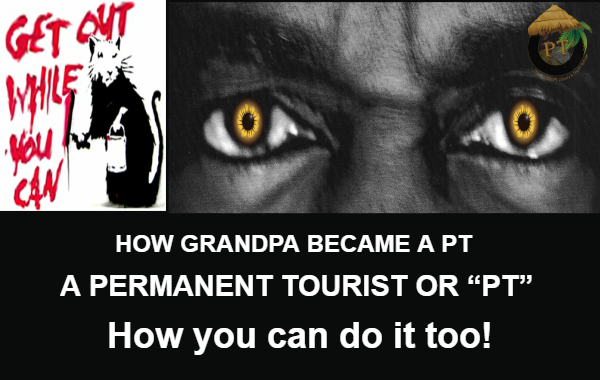 I didn’t start out with any ambitions to become a PT. The concept I “invented” didn’t even exist when I was a youth. Like many PTs, I got into ‘the PT thing’ because of an unfortunate situation involving a legal dispute. In my case, I was puttering along in my 20's, paying two women relatively reasonable alimony and child support. Then came my third quasi-divorce, and with it, an unexpectedly big court award to the third "common law" wife. Plus, a huge cash obligation to support our kid. It was quite unreasonable -- more than I could pay. When I blurted out my protest in court, the unsympathetic judge told me, “You'd better earn more money, or I'll throw you in jail again. You got yourself into this situation. Your ex-mistress and your kid have the right to live as well now—on their own—as they did when they lived with you." Clearing $1000 a week, I was ordered to pay alimony and child support of $3000 a week. It looked like I would be going back to jail.

But then, just to make matters worse, the other two ex-wives also went to court (out of jealousy perhaps) to demand and receive ‘equal treatment.’ They both asked for and received an upward revision. The court ‘awarded’ them more of my money than I was earning after taxes—$1,000 a week—each! Here are the round numbers, so you can understand my situation. I was clearing about $1000 a week, net after taxes. I was previously paying $200 each to wife #1 and #2—a total of $400. Then wife #3 got an award of $1000 a week. Wife #1 and Wife #2 demanded equal treatment and so the court awarded them $1,000 a week – each. So now I had court orders to pay out $3,000 a week, which was $2,000 more than I made.

I said I was clearing about $1000 a week but now obligated to pay out alimony and child support of $3000 a week. My living expenses were $600 a week, so the deficit was $2600. Where were this money and my own living expenses supposed to come from?

The court ignored my financial statements, no doubt because my three wives all claimed I had secret black and untaxed income and could easily afford to pay them $1000 each. To be quite truthful, I did have a little untaxed income here and there, but it was not dependable, and it certainly would not cover the $3000 the judge ordered me to pay my ex-wives. Not by a long shot. At best, my total legit income plus ‘black’ weekly disposable income then averaged $1,300. With my own living expenses of $600, where would I get $3000 to payout? I was going to be $2,600 in the hole every week.

To put a final cap on the whole mess, the tax authorities were handed the wives’ accusations about my grossly exaggerated black income. It all happened pretty fast. The next thing I knew was that all my bank accounts, homes, and assets had been padlocked or frozen by ex-wives’ lawyers and the tax collectors. They were fighting over my assets like a pack of dogs over an old bone. Outside of some very small assets on deposit abroad, I was flat broke. My small business collapsed immediately once my bank accounts were frozen. For more fun at my expense, one of the judges decided to give me a taste of the lash: I was dumped into a county jail cell for three days. The judge said, “If you don’t start paying the $3,000 per week, you’ll be facing indeterminate jail sentences for 'contempt of court.' ” My freedom was now at the discretion of three different judges, all of whom seemed to hate me. I was evicted from my apartment. My Rolls Royce was seized. I considered bankruptcy, but my lawyer said, “Sorry, bankruptcy doesn’t get you off the hook in domestic relations cases, nor tax cases.” There was no way out. Or was there?

Click here to enter discussions, read reviews, or add your own review.

!!– We have a low tolerance for abusive behavior!

We’ll ban anyone that is anything less than polite. –!!